It was New Zealand that gave birth to Mi-Sex. A name and a sound in 1977 that grew out of combining the collective creative energies of a cabaret singer Steve Gilpin, an art-rock bass player Don Martin, a talented Southern drummer Richard Hodgkinson, a frustrated guitarist/songwriter Kevin Stanton, and a funk/dance keyboard player Murray Burns.

Together Kevin & Murray forged a song writing partnership that anchored Mi-Sex throughout its four albums. These five new connections quickly dissolved their pasts, as they reinvented themselves, passing into the new era of new wave/electronic music and uniting fully as the sound that was to become Mi-Sex.

Mi-Sex (the name originating from a song they performed by the British group Ultravox), recorded their début single, ‘Straight Laddie’ in New Zealand. A punk parody with hints of Ian Dury-esque vocals and a snatch of The Stranglers in the keyboards. Now setting house records in New Zealand Mi-Sex decided to take their new-found sound and look to Australia. Within a very short time, on the strength of their highly energized and semi-theatrical live shows, they were soon one of Sydney’s most popular bands.

Mi-Sex were signed by A&R/record producer Peter Dawkins to CBS. This relationship proved highly successful, and in 1979 released their début vinyl LP, ‘Graffiti Crimes’ with singles, But You Don’t Care and the prophetic single, Computer Games going top ten in New Zealand, Canadian, German & South African charts. Thanks to strong initial support from the ABC’s Double J radio station and its nationally televised pop show ‘‘Countdown’’, Mi-Sex went number one in Australia. In

November 1979 this culminated in a landmark performance at the Sydney Opera House in the ‘‘Concert of the Decade’’. A follow up album, 1980’s Space Race, was also a multi-platinum hit, with singles People, Space Race and It Only Hurts when I’m Laughing.

In 1981 Mi-Sex undertook a groundbreaking tour of America and Canada, playing venues with The Ramones and Iggy Pop, and also selling out most of their own East and West coast shows. During this time, back in Australia, Mi-Sex were awarded ‘Most Popular Album’, ‘Best Australian Single’ and ‘Best New Talent’ in the 1980:TV Week/Countdown Music Awards. The band was greeted at the airport with a televised presentation of these awards by Molly Meldrum when they arrived back from America/Canada.

In 1981 drummer Richard exited, replaced by Paul Dunningham who spurred the infectious single Castaway. Their third album Shanghaied was released in 1982, which included Falling In and Out and the brooding single Shanghaied sung by Kevin Stanton. In 1983 Mi-Sex decided musically to become a 6 piece adding new member Colin Bayley, a previous Wellington band mate of Murray Burns, and songwriter of “I Wanna Be with U” from the Graffiti Crimes album.

Colin added second guitar, vocals and with Murray, co-wrote the timeless Blue Day. This new line-up carried on to record album No 4 Where Do They Go, produced by Bob Clearmountain. The singles Blue Day & Castaway both had strong chart success in several states of the USA and Canada. 1984 saw Mi-Sex semi-retired from touring and living on the road as one identity.

They agreed to take a well-deserved break and to seek solo ventures. Always remaining the very closest of friends they came back together in the late 80’s for two more Australian tours. The summer 1990 saw the band collectively begin writing fresh material and talking of recording again. Sadly, that was just before Steve Gilpin’s fatal car crash in November 1991, lapsing into a coma from which he never recovered. Steve died in Southport Hospital on January 6, 1992. Shortly afterwards the cream of Australian artists and performers collaborated to hold consecutive concerts in Sydney & Melbourne to farewell & celebrate Steve Gilpin’s wonderful life & achievements. Mi-Sex became the sleeping giant laid to rest with Steve.

It was then 20 years before they re-emerged from the music underground, after the acceptance of an invitation by Steve Balbi (Noiseworks / Electric Hippies) to front Mi-Sex at a private party and outdoor Christchurch Quake Relief Concert. Confirming the right chemistry with Balbi upfront, the band’s passion was reignited and they haven’t looked back.

The Mi-Sex lineup is made up of Steve Balbi on lead vocals with James Van Cooper on guitar; Jordan Mcdonald on the drums alongside original Mi-Sex members Don Martin on bass and Murray Burns on Keys & Synth.

Golden Robot Records was proud to be involved with the EP – Extended Play In 2015 to re ignite the passion for the band after a long hiatus and then the  incredible album, Not from Here, featuring the hit “My Sex Your Sex” in 2016.

We wish the band all the very best for the future. 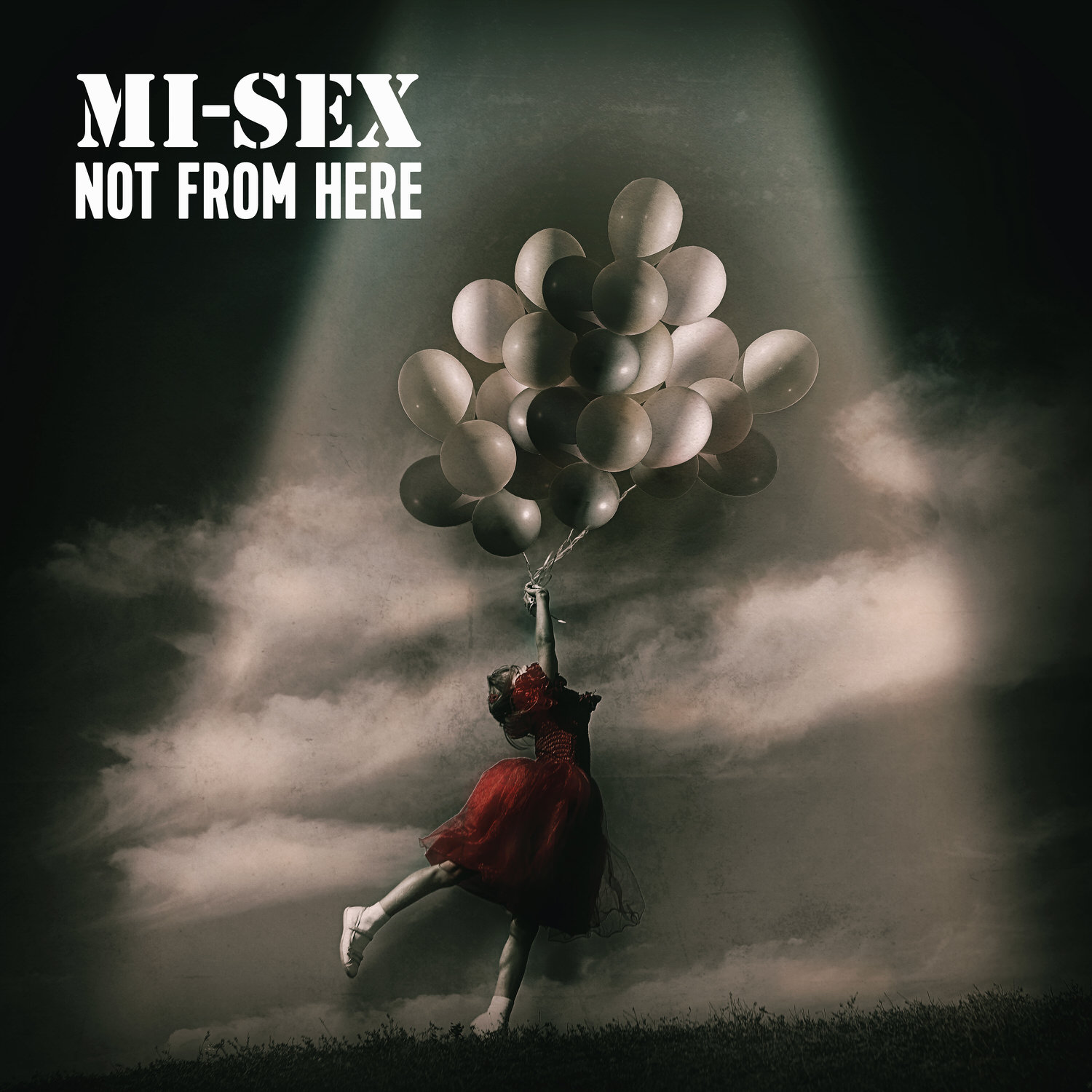