The Dogs of Detroit

The Dogs are a three-piece proto-punk band formed in Michigan, United States in 1968. They are noted for presaging the energy and sound of the later punk and hardcore genres.

The band was originally formed by guitarist/vocalist Loren Molinare and bassist Mary Kay, with drummer Ron Wood, and based in Lansing. The Dogs played with the rock and proto-punk bands of the time including MC5, Amboy Dukes and KISS. The band relocated to Detroit in 1973, and then to New York City in 1974 where they played with other bands of the glam and pre-punk scenes such as The Dictators, The Stilettos (pre-Blondie) and Television.

The band moved again to the West Coast in 1976, releasing their debut 7” John Rock​​​on California’s Dynamic Recording label and playing with hard rock bands such as AC/DC and Van Halen as well as new wave groups like The Motels and Ramones. Moving to the UK in 1978, The Dogs toured Britain and Ireland, in support of their second 7” Slash Your Face, self-released on the band’s own Detroit Records imprint that year.

Interest in the band revived following the inclusion of their songs on the Killed By Death compilation series, with their records subsequently becoming collectors’ items. Slash Your Face was reissued and the Fed Up compilation released on Bacchus Archives in 2001.

The band re-formed and new material followed on Dionysus Records in 2003 in the form of debut album proper Suburban Nightmare.

The Dogs toured the Far East in 2007 and 2013 in support of a series of releases on Japanese label Future Now Records, beginning with double CD tribute Doggy Style featuring covers of Dogs tracks by local groups and notable garage punks such as The Bellrays as well as unreleased Dogs material.

The band played SXSW festival in 2009 and 2014 and NXNE festival in 2009. Their second album Proper Hypersensitive was self-released in 2012 and a new EP Ain’t Going Nowhere in 2016. The Summer of 2020 had become a pivotal chapter for The Dogs.

Newly signed to Die Laughing Records and its subsidiary label, Chicanery Chick Records, with their global partner Golden Robot Records, they become the first artists to be “triple branded” by this conglomerate.

A split single is in post-production and will be coming out fall of 2021, digitally and later, limited edition vinyl is in the works. We are excited to add an act of this caliber to our roster and look forward to working on new releases and back catalog limited releases as well, stay tuned. 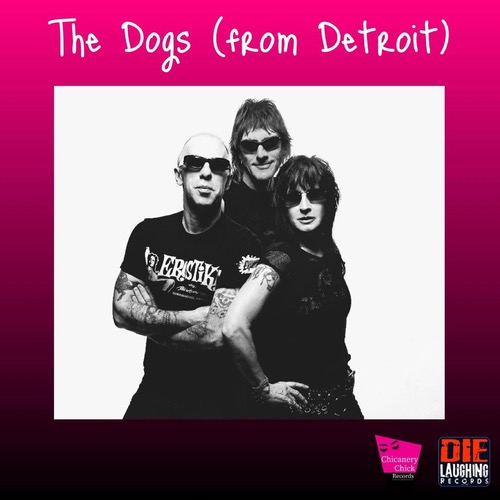 Under The Coast - Single