Crimson Riot was formed in July of 2017 when their prior band of six years, The Roxy Gunn Project, took a drastic turn as their lead guitarist had to leave the band due to medical issues.

Having a heavy punk influence, the remaining three members decided to go a different direction with their music and follow their punk roots. Virtually overnight they created Crimson Riot.

Their prior experience performing together and reputation allowed them to hit the ground running and acquire several high profile shows right out of the gate. Crimson Riot was very well received by former fans of RGP, the media and fellow bands. Audiovein Magazine said, **“Yes!, This is what you guys should have been doing all along. Perfect!” **Dominic Davi (Tsunami Bomb) **“Your worst show is some bands best show”. **

Once the word got out, many promoters quickly jumped on booking them on shows opening for touring headliners*. They even caught the attention of punk icons Darrin Pfeiffer (Goldfinger) and Greg Hetson (Bad Religion) from the Punk Rock Karaoke band and were brought in to open at the Viper Room in Hollywood, CA.

In 2018 Crimson Riot won “Who Will Rock You?”, a tv series produced and sponsored by TopGolf, beating eight other bands from around the country earning the title and several fans around the country with several million views across various media platforms.

With the release of their first single and music video, **“Here’s The Bad News Laura (The Shake Machine Is Down)”, **a quirky, pop-punk anthem, that the masses could relate to, became an instant hit prompting fans to bring milkshakes to shows.

Crimson Riot’s debut album, “Classy Punk For Trashy People”, an eleven song collection of original songs that include a plethora of different punk influenced styles received a massive pre-order from fans around the globe. Along with “Classy Punk For Trashy People”, Crimson Riot produced a DIY video for its single **“Hurt” **that grabbed over 1000 views in just a few days. **The Pop Break Magazine **gave it a 10 out of 10 and said, *“Crimson Riot is the best punk band to enter the scene in a long time. With Roxy Gunn and Chris Reject on vocals, the band sounds like a cross between Tsunami Bomb and New Found Glory.” *

Crimson Riot, dubbed the **“Punk Rock Partridge Family” **by iHeart Radio’s Bobby Bones, is lead by singer/guitarist Roxy Gunn with her husband Chris Reject on bass guitar and additional vocals, all held together by her father Ryan J on drums.

Their songs are heavy, catchy, pop punk anthems which get the crowd immersed into each story with music that delivers a high energy soundtrack for multiple dancing styles and head-bopping. 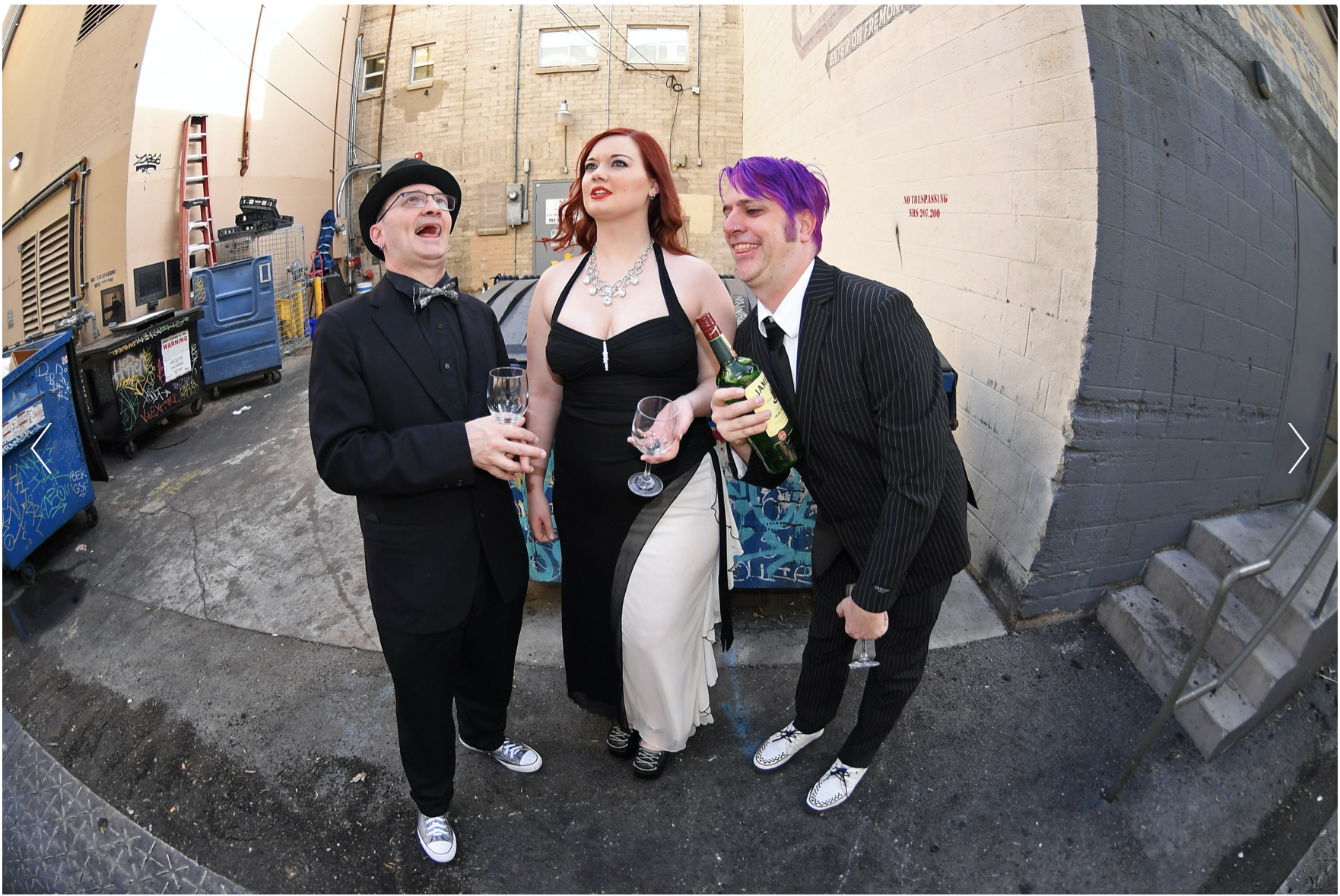 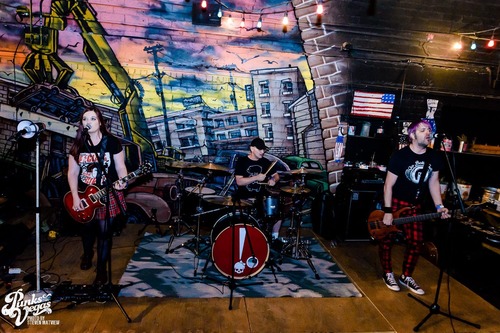 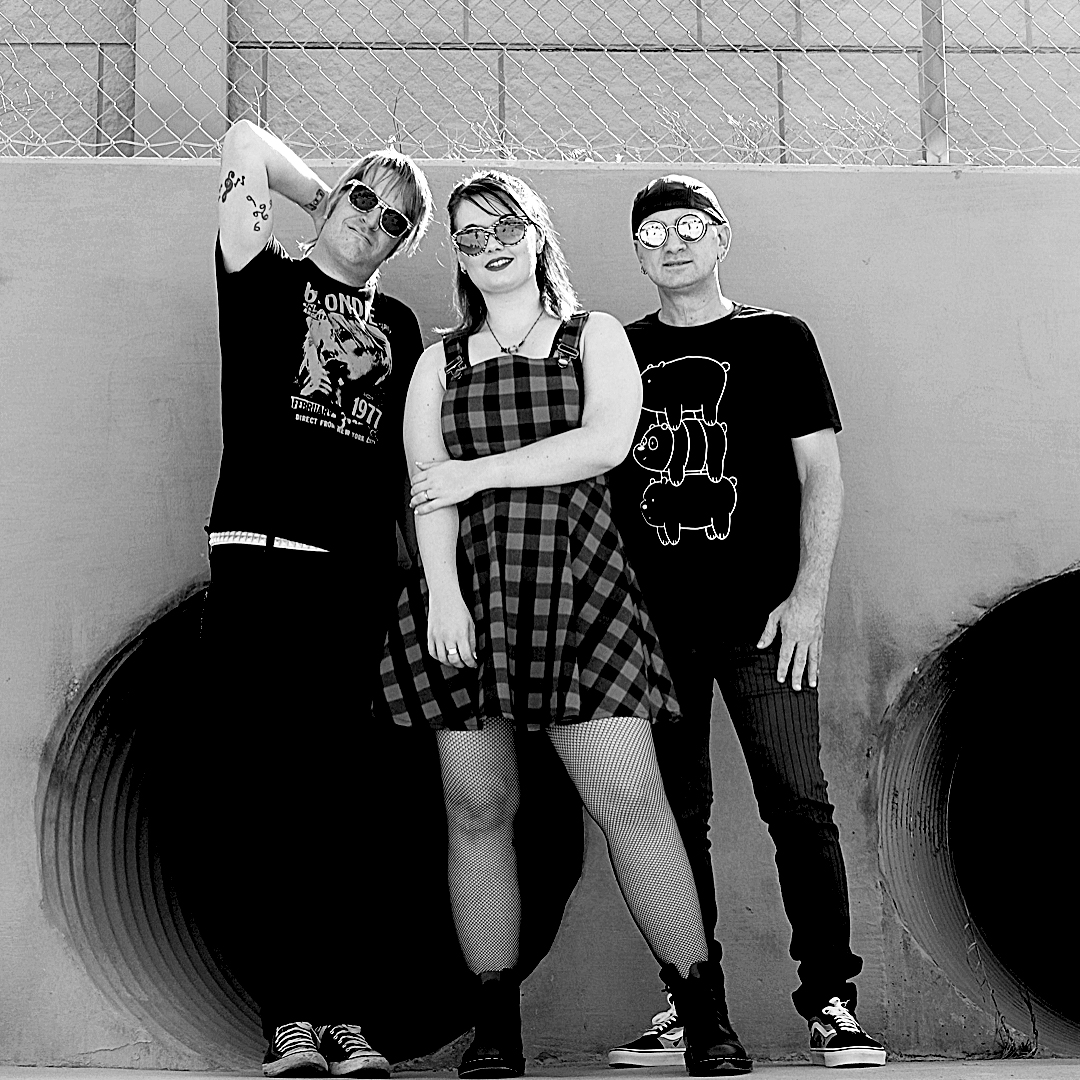