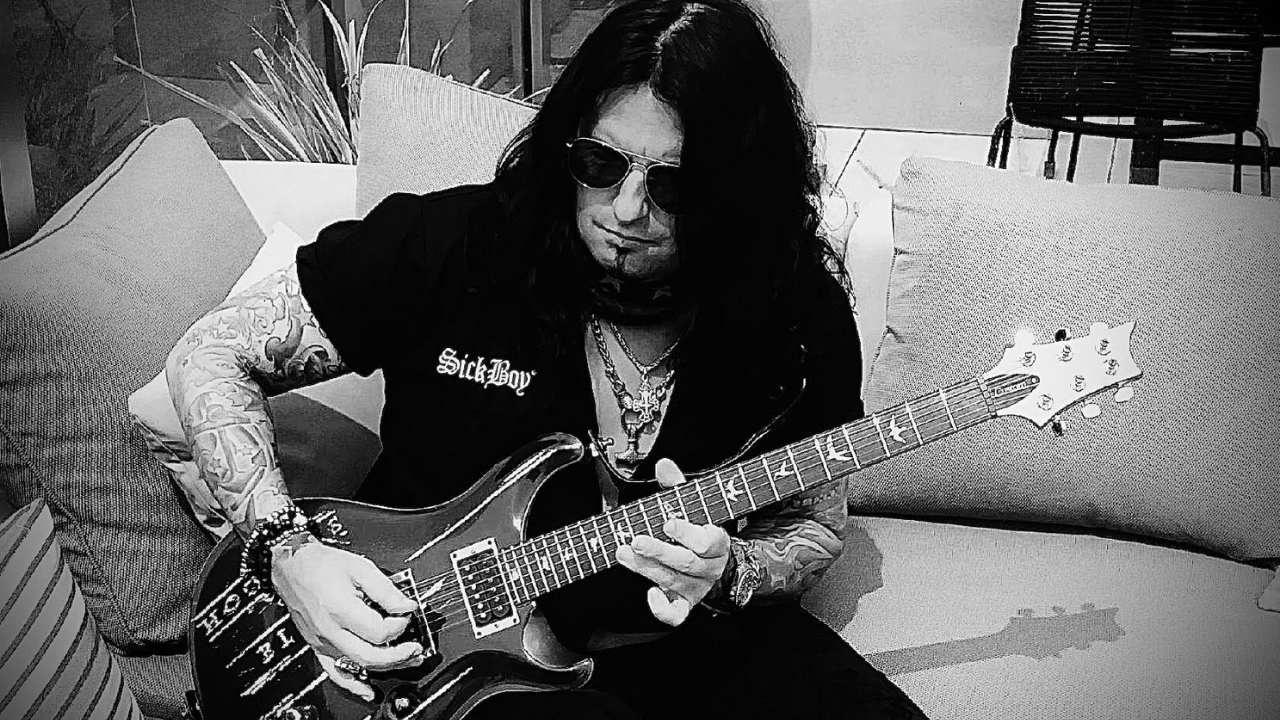 “ALEX GROSSI is a true and kick-ass rock guitarist, a dynamic performer who can comfortably hold his own on any stage and whose versatility shines on the many recordings he has contributed to throughout the years.  Our work together has unobjectionably inspired me in various ways- never dull or formula, somewhat fearless and on the edge.” The steady rise to viability with Hookers & Blow has been indescribably adventurous, anchored by Alex’s readiness to take on any challenge or make any idea come to fruition no matter how big or small, important or insane. If you think he won’t , you are wrong - He will.”

” I have played with A LOT of guitar players….A LOT.  ALEX GROSSI is the REAL deal, and then some”

Connecticut born guitarist ALEX GROSSI is most “famously” known as the guitarist for heavy metal legends QUIET RIOT. As one of only three recorded guitarists since 1975 Alex’s lineage is just one axeman away from RANDY RHOADS himself, having been hand picked and mentored by KEVIN DUBROW and FRANKIE BANALI at just 25 years old shortly after moving to Hollywood.

Over the past 18 years Alex has appeared on every QUIET RIOT studio, video and live release since 2006’s “REHAB” as well as the critically acclaimed documentary “QUIET RIOT: Well Now Your Here, There’s No Way Back” which spent 2 years in rotation on SHOWTIME.

Alex and the revamped 2022 QUIET RIOT, which includes the return of bass legend RUDY SARZO are currently preparing for an extensive tour, as well as finalizing the release of brand new original QUIET RIOT material.

As a child of the late 80’s MTV era, Alex’s favorite band was GUNS N’ ROSES. Seeing the legendary ‘Live At The Ritz” was his “Beatles on the Ed Sullivan show” moment. He immediately knew not just what he WANTED to do, but what he was GOING to do. To date Alex has written, toured, recorded and released albums with three members of GN’R, (Dizzy Reed, Steven Adler and Gilby Clarke), and even auditioned for the band in 2006.

Grossi has done multiple, in most cases Avant-garde collaborations with artists ranging from BENNY MARDONES, IGNITE, original BOSTON drummer SIB HASHIAN, AIMEE ALLEN of THE INTERRUPTERS, SCOTT RUSSO of UNWRITTEN LAW and most recently appeared on the latest PUBLIC ENEMY release “What You Gonna Do When The Grid Goes Down”  which also features CYPRESS HILL and GEORGE CLINTON. On the opposite end of the musical spectrum he has written original music that has been featured in”Sons Of Anarchy”, Walt Disney’s “The Proposal ‘’,  VH1’s Celebrity Rehab to name a few.

Formed in 2003 by Grossi and Dizzy Reed, HOOKERS & BLOW was initially an excuse to drink for free in Hollywood.

Through Grossi’s East Coast connections, the band toured the northeast relentlessly for its first several years, playing anywhere and everywhere, keeping it as real as it gets, often seeing Reed jump off a GUNS an’ ROSES private jet after performing in front of 100,000 people to flying coach on a red-eye to play for 23 people at small club in New Jersey without batting an eyelash. The band hosted 2 highly successful residencies at the Whisky A Go Go in 2013 and will celebrate its 20th anniversary next year.

In March of 2021, HUSTLER MAGAZINE named HOOKERS & BLOW “The World’s Greatest Cover Band”  and later that year released their debut covers album on GOLDEN ROBOT RECORDS, met with rave reviews, it was named one of the TOP 50 Rock Albums of 2021 by AUDIO INK RADIO, surpassing THE FOO FIGHTERS, METALLICA and multiple others who most likely spent a lot more money and time on their records.

“Obviously, I can function and function quite well in an organised, controlled, brand conscious musical environment” says Grossi “but when left to my own devices, I love to constantly see how far I can take/push things, sometimes it works out, other times, It is what it is….

At the end of the day, most musicians are a petty, jealous, insecure lot, whose approval , and opinion mean less than nothing - It’s not a race to the finish or a talent contest, It’s rock n’ roll. I am extremely flattered and humbled to be asked to make my first “solo” record, along with the means to do so properly….Let’s see what happens!

Golden Robot Records is proud to announce our signing of Alex for his first set of SOLO Ep’s for a 2022 release. 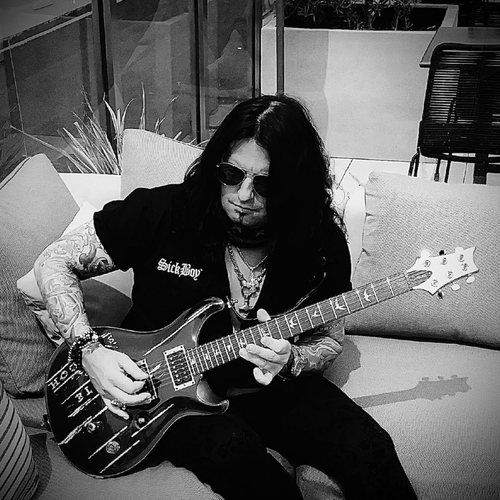 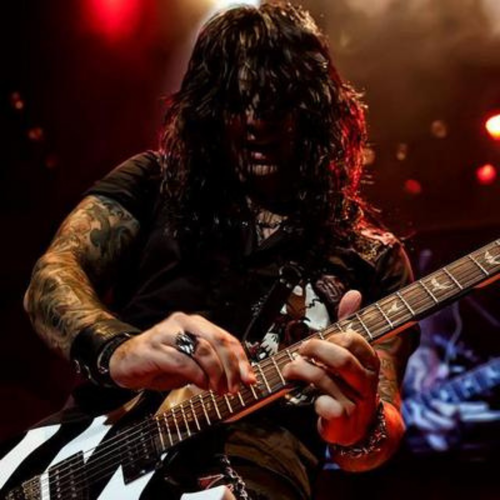 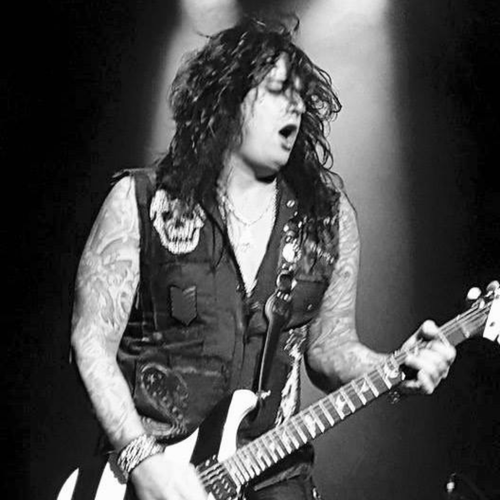 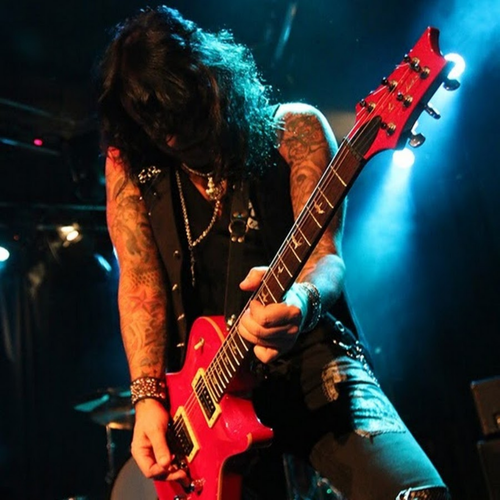