The popular song “Under the Milky Way” won the “Best Single of the Year” award at the Australian Recording Industry Association (ARIA) awards event in 1989. For his work with The Church, Kilbey then accepted, together with his bandmates, an induction into the ARIA Hall of Fame.

Steve got his first bass guitar at age 16, joined a “cabaret” band at 18, formed a couple of bands “precious little” who morphed into “baby grande” (Peter Koppes was in both these groups too), in 1980 formed the Church and has also released 14 solo music albums since. “Kilbey’s solo recordings are challenging and evocative. . . joyous and dreamy to saturnine and sardonic”. Ian McFarlane.

Martin and All India Radio have released ten acclaimed albums since 1999 and have worked with Steve Kilbey, Ed Kuepper and David Bridie. A Science Fiction fan ever since his mother took him to see 2001: A Space Odyssey in 1976, Australian musician/multi-instrumentalist/All India Radio mastermind Martin Kennedy has been exploring his fascination with outer space, not least through the cinematic ambient soundscapes of his long-standing, prolific band and its evocative song titles and his use of science fiction themed artwork for All India Radio and the upcoming new Kilbey Kennedy album.

“A tumbling spell of dreamlike evocations and cinematic glimpses …. These are the most sublime, mindful stupors I believe I’ve ever been in.” - Stereoembers

“If David Gilmour recorded an instrumental album, it might sound as good as Echoes CD of the Month: All India Radio’s The Slow Light.” - John Diliberto, Echoes.

Golden Robot Records was very proud and honoured to be part of the release of Glow and Fade and wish both artists much success in 2020. 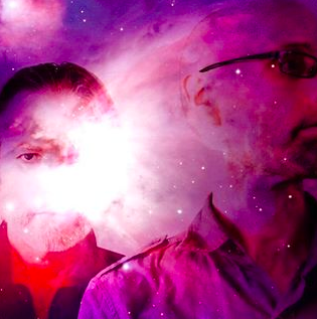