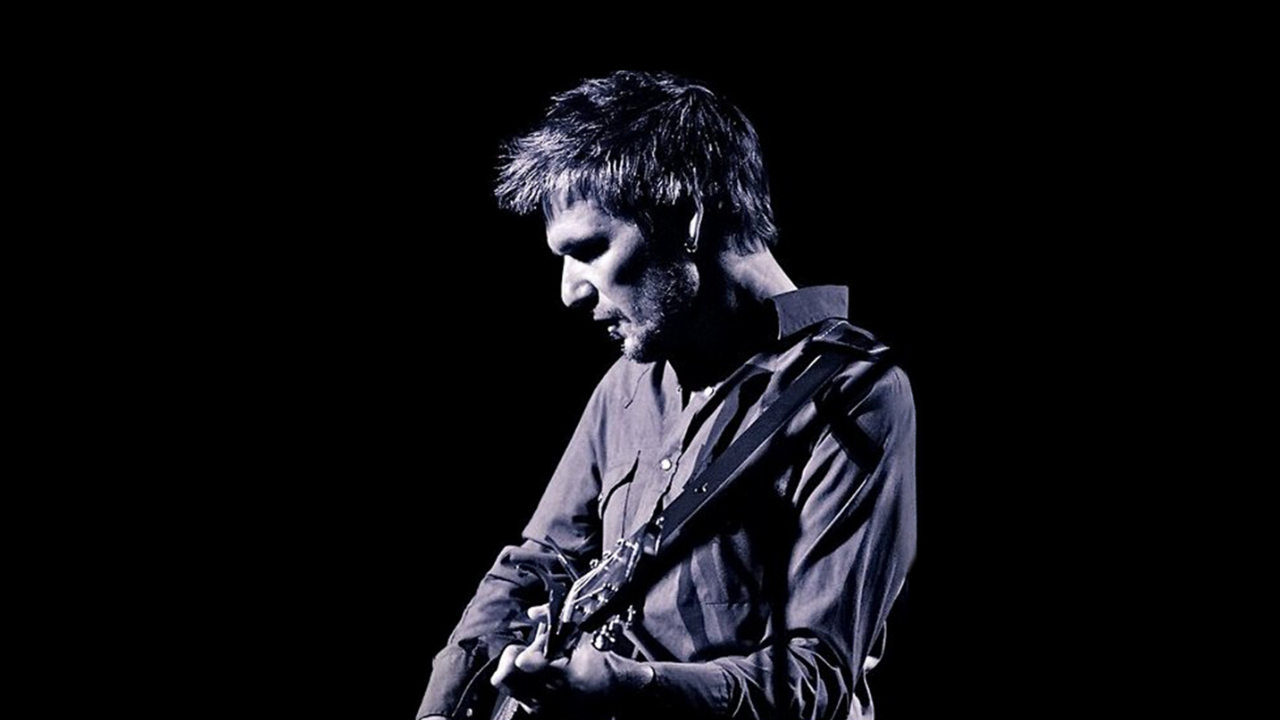 Nick Barker has been a familiar painting hanging on the walls of the Australian music scene since the late 1980s. He left his suburban home at 17 and began his career as a bass player in Melbourne’s eclectic inner city post-punk scene, cutting his teeth in iconic venues like the Ballroom and the Prince of Wales with bands such as The Curse, Beach House and A Singing Dog, precursor to the now infamous Lubricated Goat. The most notable of these was The Wreckery, with whom he played on five albums.

In 1988, Nick’s new band, Nick Barker and the Reptiles, began playing bars around town, sparking interest from The White Label. They had their first break through with the Chris Bailey-produced single, ‘Another Me’, followed by four crazy years of booze-soaked pub rock. The Reptiles released two albums: ‘Goin’ to Pieces’ in 1989, which included the hit cover version of Steve Harley’s ‘Make Me Smile’ and ‘After the Show’ in 1991, recorded in Melbourne and Memphis, and produced by Joe Hardy (ZZ Top, Georgia Satellites, Steve Earle). Sadly, The Reptiles fell apart in 1993 after the release of ‘Loose’, an EP that gave an insight into the band’s true potential.

Nick released his first solo album in 1994. ‘Happy Man’ spawned the single ‘Time Bomb’, which ended up at number 20 on Triple J’s Hottest 100 in 1994. In 1996, he followed up with the dark and gritty, ‘Damn Mermaids’ - his personal favourite although the album marked the end of his ten-year association with Mushroom Records. Nick kept moving and in 1998 landed a major role in the 1998 Australian movie, ‘Amy’, alongside Rachael Griffith and Ben Mendlesohn, also writing and recording five songs for the soundtrack.

He released another four albums over the next ten years: ‘Returned Service’, a live solo record, and ‘Backyard 6’, both on Mick Thomas’s Croxton Records label; ‘C-sides’, an album of stripped down re-recordings of his favourite songs as part of Liberation’s Acoustic series; and ‘Black Water Blues’ in 2009, recorded live on a 16 track in Mick Thomas’s backyard studio.

Nick’s last two albums were released under The Heartache State name. What was supposed to be a collective quickly became another vehicle for his songwriting. 2014’s self-titled CD was released then it was followed by ‘Last of the Buffalo’ in 2016, through Golden Robot Records.

Nick has seen the Australian music industry spin, chase its tail, die, resurrect and do it all over again. Thirty-five years later, he’s still here and no one is more surprised than him.

2020 brings a new opportunity for Nick, with Golden Robot Records to release his back catalogue on digital , vinyl and a Box Set and the opportunity to get back into the studio with what he says is ‘a new direction and fistful of bloody good songs.’

New remastered single “Where I Wanna Be” OUT NOW and remastered album out Feb 2022  ….

Spotify - New single - Where I Wanna Be