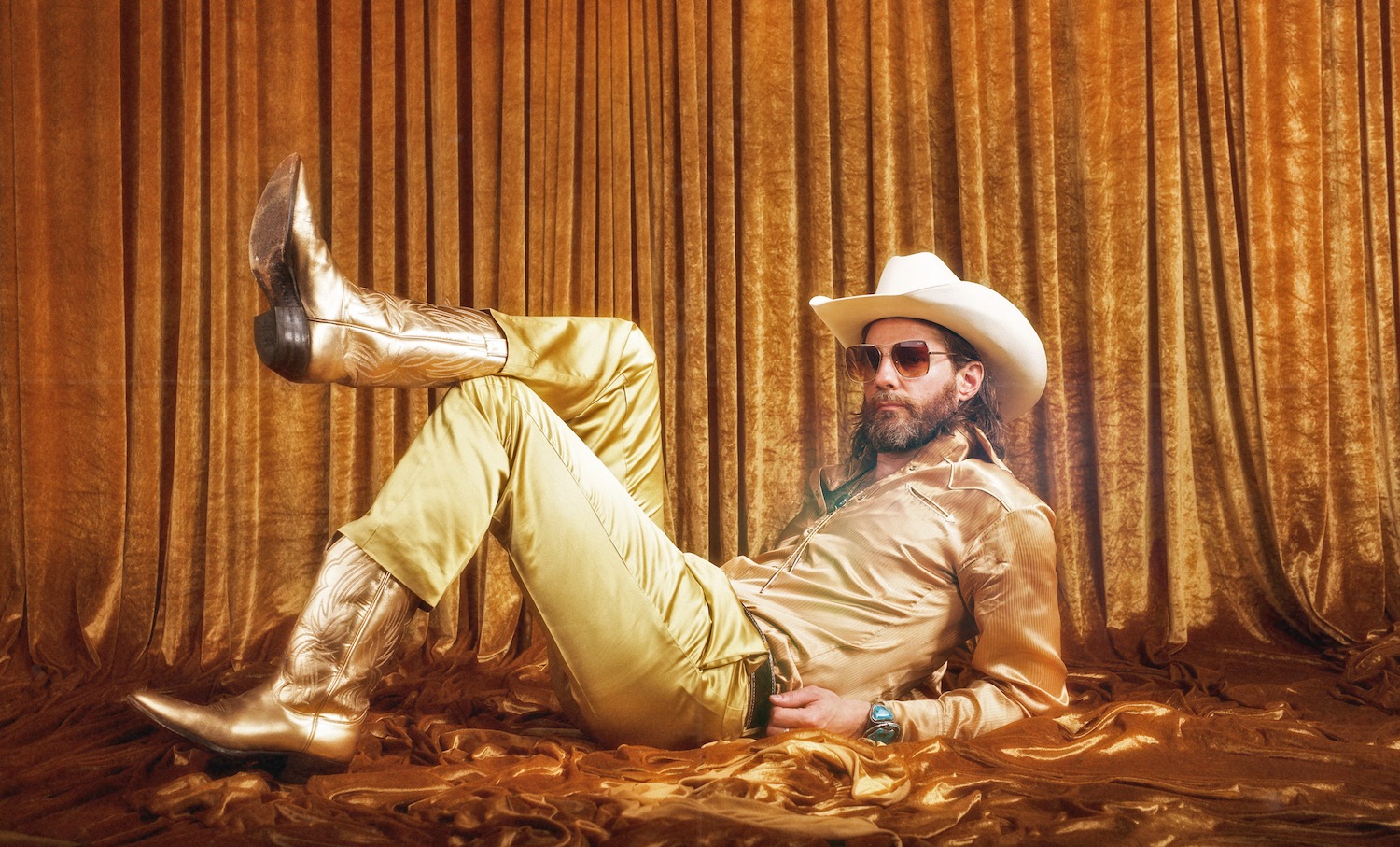 Ben Mastwyk moves from darkness to light and finds himself both figuratively, and literally “Livin on Gold Street”.

In 2019 - coincidently given the direction Mastwyk was taking his music and band, ‘The Millions’ - he moved into an apartment block named “Bullion Place” on Gold Street in the Melbourne suburb of Collingwood. The history of the street’s name relates to the precious metal foremost in everyone’s minds during the gold rush which dramatically increased Collingwood’s population. Like many that found themselves on this fortuitously named street, Mastwyk’s arrival signalled the start of a new golden era for the artist. With the band outfitted for performance in gold jackets, Ben Mastwyk and His Millions had become associated with the lustrous colour, so the new location was apt.

“The chorus to ‘Livin on Gold Street’ came to me while I was turning the corner from Johnston Street on to Wellington Street in Collingwood. I hit record on my phone and minutes later I arrived home and picked up my guitar and it was all there. The song is a celebration of new love and the new life that surrounds it. The verses reflect some of the harder times I had emerged from. Thematically it was so on-point for us that it just felt like a song I had to write.”

‘Livin On Gold Street’ was the first single to be released from Mastwyk’s third full length album of the same name.

June 2020 saw the release of the second single, ‘Devil So Close’.  An uptempo country rock track, it explores the moments of letting go, taking risks, looking for the edge – and how those moments can make us feel “more than alive”. We all have demons that we go to great lengths to keep at bay…but we let them out occasionally.

Third single, ‘The Rest’, released in September 2020 urges us to focus on the vitally important aspects of life and hold our loved ones close. “The rest… just let it go.”

“I think I had some residual trauma built up inside me. This song was written quite subconsciously. It’s a message to myself…from myself…but it’s also about the trauma in the world right now. People are hurting all over. And we know the answer, I think we’ve always known the answer…love.”

“I like to write on the move…trains, planes, walking around. This one hit me like a flash while I was riding through the streets of Melbourne. It’s like something cracked open in my mind and I could see it. By the time I got home it was all there,” explains Mastwyk.

As the world moved into various stages of lockdown due to the coronavirus pandemic, the notion of “The Rest” inherited a new meaning. As daily activities came to a standstill, people around the world were forced into quietness and isolation, taking a collective rest. “There’s an apocalyptic overtone to this song which became amplified against the backdrop of the pandemic,” adds the Melbourne-based artist.

Chicken and the Egg is the fourth single from Ben Mastwyk’s album “Livin’ On Gold Street”. This bombastic, super-charged, seventies-inspired country-funk number delivers Ben Mastwyk and his Millions in full-flight. Bursting from the speakers with an unapologetic party atmosphere, Chicken and the Egg celebrates taking a bite out of everything life has to offer and never looking a gift horse in the mouth.

Mastwyk’s third studio album, Livin’ on Gold Street, was recorded at The Shrimp Shack with guitarist/producer, Michael Hubbard.  The new album sees Mastwyk’s sometimes delicate, sometimes playful songwriting fuse with the lush and rhapsodic sounds of his band, The Million$.

Written after a difficult period, Livin’ on Gold Street chronicles the emergence from darkness to light when Mastwyk found himself living, both literally and figuratively, on Gold Street. With influences ranging from The Flying Burrito Brothers, The Travelling Wilbury’s and Chris Isaac, the album explores sonic spaces ranging from classic honky tonk to sizzling country-funk.  It’s already seen subsequent singles, including title track, garner heavy rotation on ABC Country and solid airplay on radio across the country.

Trouble’s What I Found

Chicken and The Egg

Facets of the Diamond

What If Everyone Gets What They Want

One of Those Things

Pushin’ Through the Blue

Fool Than a Thief 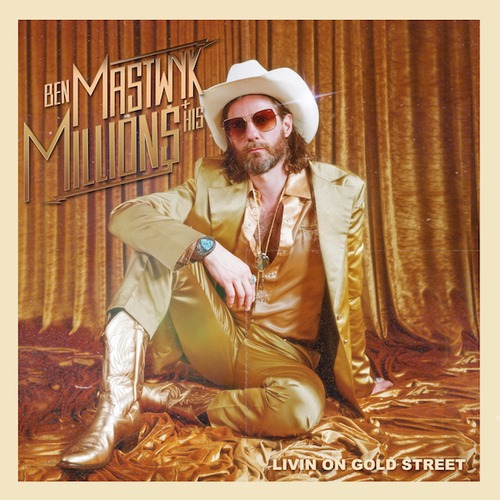 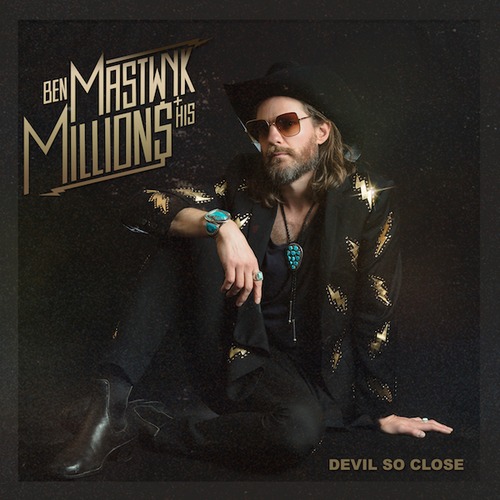 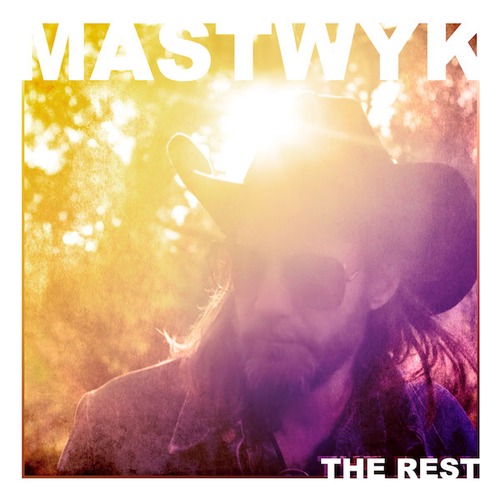 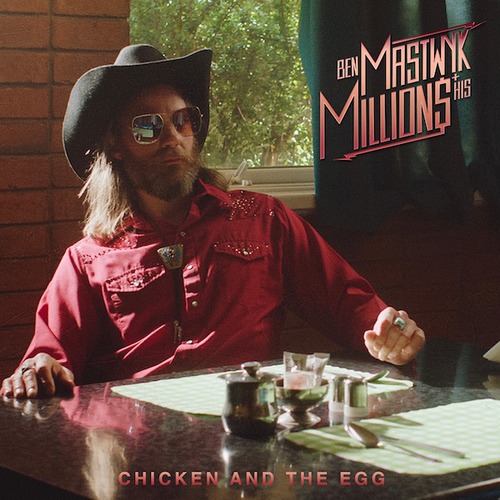 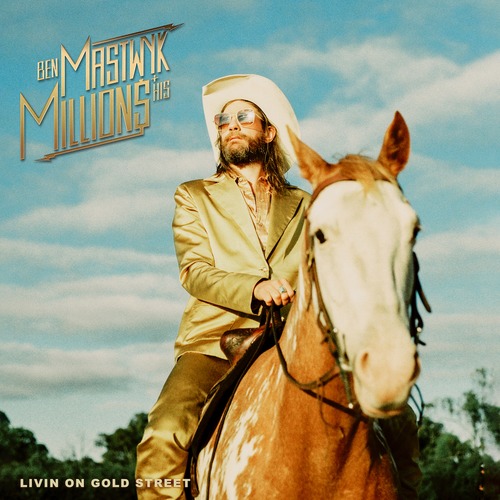 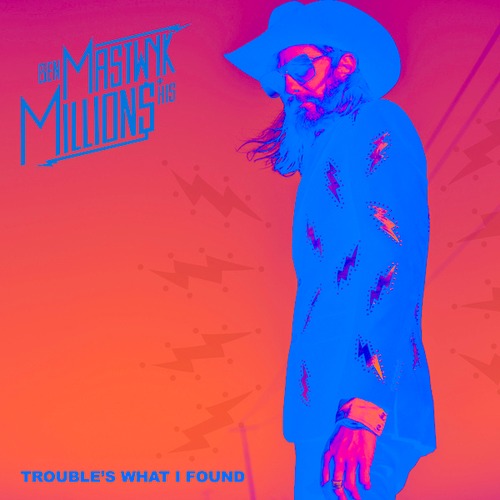