First impressions aren’t always right. If you’ve been foolish enough to nail down the sound of acclaimed songwriter Gretta Ziller, then prepare to have the rug pulled out from under you. Queen of Boomtown, her stunning debut record, (which received a 2018 Golden Guitar nomination for Alt Country Album of the Year, 2018 Country Music Channel Awards nomination for CMC New Artist of the Year, a finalist spot for The Australian Music Prize Top 50 for Best Album fo 2017), almost defies categorisation and demands repeated listens.

Ziller’s sound may bear the hallmarks of classic Americana music, but it’s essence is far more diverse. The Melbourne songstress roots span jazz, blues, rock, pop and classical, and that eclectic musical upbringing is reflected in the varied tracks on this new collection.

“I didn’t want to make an album that sounded like anything in the Americana scene right now,” says Ziller. “I wanted my album to reflect the soundtrack of my childhood, yet sonically and lyrically sound like who I am now. I really wanted to push the boundaries of what country music, or Americana, alt-country whatever you want to call it can sound like. I didn’t want to fit neat and tidy into the country music box”.

Ziller brought together an impressive array of musicians to perform on Queen of Boomtown, the recordings featuring members of Saskwatch, The Cat Empire, and the bands of Angus & Julia Stone, Passenger and Dan Sultan. Accomplished songwriter Jen Mize provides backing vocals while Henry Wagons appears as a guest on Round and Round.

Recorded at Woodstock Studios, Balaclava, the album was produced by New Zealand-born, Melbourne-based singer-songwriter Paul Ruske. “Working with Paul was the most amazing experience,” Ziller recalls. “Not only is he such a beautiful person and talented musician, but he understood me and what I wanted with this record”.

Ziller and Ruske’s combined desire to break the country mould paid off. There’s certainly some classic country influence in the gorgeous production of Jude and Go On, but that vanishes quickly on the rock stomper Let It Go or the sparse, aching piano ballad This is Gonna Hurt and the sultry Whiskey Shivers. Written over an almost six-year period, this collection covers vast emotional territory.

No matter the mood, Ziller demonstrates an assured sense of melody, building on the promise of ear-catching 2014 EP Hell’s Half Acre. Round and Round feels like an instant classic, echoing of the great duets from Cash and Carter to Cave and Harvey.

For Ziller, the songs are often inspired by emotions rather than common trials and autobiographical tribulations. “I approach my songwriting a little bit like a bower bird,” the songwriter explains. “I am a collector of ideas and thoughts. The Notes app in my phone is full of one liners and song ideas. I don’t write specifically about everyday stuff in my life, I tend to take an idea or emotion about something that is relevant or emotionally attractive to me and roll with it.”

Queen of Boomtown is threaded with a gentle fatalism, each song conveying an acceptance of the way things are and an openness to shifting circumstance. “I draw on the emotion of needing change a lot when I write, I’m a person that likes and craves change,” Ziller explains. “Let It Go is about being who you are in the moment and not holding onto worries, Slaughterhouse Blues, is all about wanting something different, Alright With Me is about accepting that someone loves you for how wonderfully, imperfect you are, and, This Is Gonna Hurt is about the pain and regret of a breakup”.

While the album title might appear to be big-noting, one listen to title track Queen of Boomtown and its self-deprecating context becomes apparent. Ziller’s radiant tune paints a picture of isolation, standing tall in a metaphorically abandoned town. “Picking this song as the title was tough for me because at first glance it may come across as me thinking I’m the top of the pile,” Ziller explains. “But, in fact, the song is the opposite. I guess that’s what I wanted my album to sound like people may think it’s going to be like my EP maybe more country but it’s not. First impressions aren’t always right”.

Buy Queen of Boomtown on digital or CD here: http://smarturl.it/GZ-QueenOfBoomtown 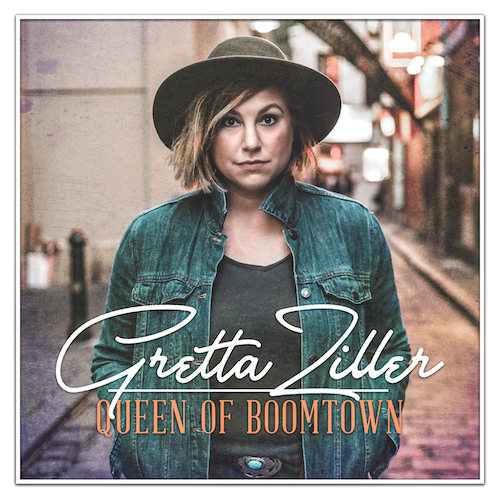 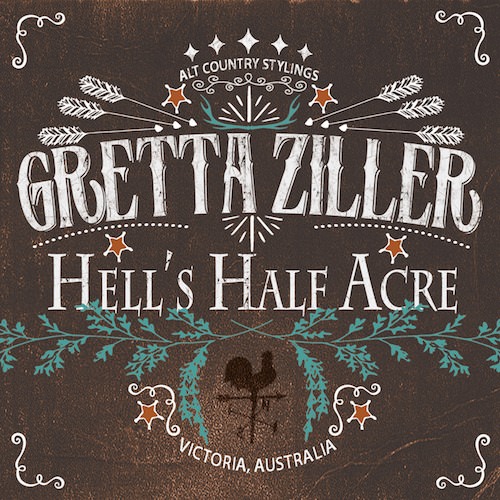