Billy Sherwood has a long history in the music business. Starting in 1985 with his first band Lodgic on A & M records, produced by members of Toto, Steve Porcaro and David Paich. Following that he created the band World Trade on Polydor Records. It was at this point in the early 90’s that YES entered the picture and asked Billy to become the lead singer, with the absence of Jon Anderson who left the band to pursue other things. While Billy passed on the opportunity to focus on his own career he would remain in and around YES from that point forward, eventually producing/engineering/mixing several YES records and then joining as a full member for “Open Your Eyes” & “The Ladder”. Along the way Billy honed his production skills, producing and working with a multitude of Artists and bands, producing such records as the grammy nominated “Paul Rodgers Muddy Water Blues”, “Motorhead”, “John Wetton”, “Dangerous Toys”, “Ratt” and a host of other bands/artists and Tribute records which have all featured A list guest Artists. All the while Billy remained an Artist in his own right, forming other unique bands such as “CIRCA:” (featuring Tony Kaye, founding member of YES, Alan White, longtime YES drummer and Jimi Haun, guitarist in AVA). He was also the leader of “YOSO” which featured Bobby Kimball of Toto and Tony Kaye, “Conspiracy” with his longtime friend Chris Squire. He has made 9 solo records, including the critically acclaimed “Citizen” record, released on Frontiers Records.

In 2015 he replaced his long time friend and mentor Chris Squire who fell ill and asked Billy to take his spot within YES. Soon after this another of Billy’s musical heroes and close friends John Wetton (King Crimson, U.K., Asia) would ask him, as Squire did with YES, to take his spot as lead singer/bass player in ASIA. Having just completed the YES 50th Anniversary Tour, Billy set his sights on creating another band and so joined forces with his musical comrades Jon Davison, Jay Schellen and Jimi Haun to form “AVA”.

Jon Davison is an accomplished musician/performer who was the lead vocalist for the band Glass Hammer. He was recruited by YES to become the lead singer in 2009. With a voice that soars and a commanding stage presence its not wonder Jon has secured his position as the lead singer of YES. Jon met Billy Sherwood on the YES recording sessions for “YES, Heaven and Earth”. The 2 became fast friends and a musical relationship was born. The 2 joined forces to form AVA.

Jay Schellen has an extensive back round in the music business spanning back to the 80’s where he was the drummer band member of “Hurricane”, a very successful rock band. He has worked every since with various bands including crossing paths with YES founding member Tony Kaye in their band Badger. He recently played drums on the tribute to Chris Squire “A Life In YES”. Jay was recruited by YES to step in and play drums along side Alan White. His long history with YES associates made him the perfect fit for YES. Now focusing on AVA Jay brings all of his skills to the table.

Jimi Haun began his professional career along side Billy Sherwood, they were both members of the band “Lodgic”. Through the years that would follow Jimi established himself as one of the top jingle writers in the country having written countless pieces of music which found their way to many commercials. It was Jimi Haun who created the main theme for “Yahoo”. As well as working in production Jimi was also a touring member of the band Air Supply for many years. He was also again teamed with Billy in thier band “CIRCA:” Jimi and Billy once again join forces now with their new band AVA

Golden Robot Records wishes AVA all the very best for the future. 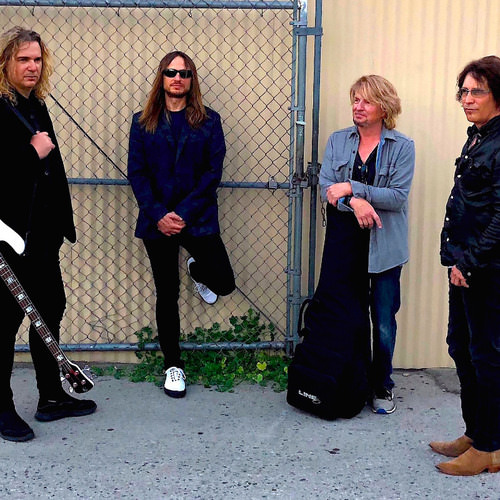 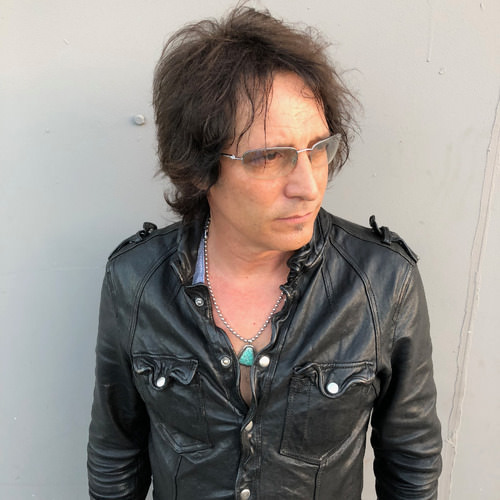 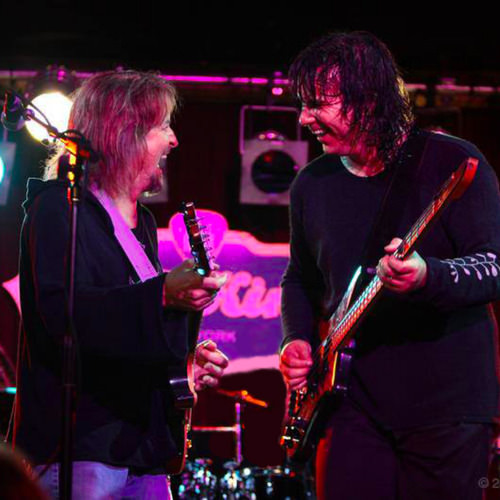