Gilbert “Gilby” J. Clarke is an American musician, singer, songwriter and record producer best known for a 3-year tenure as the rhythm guitarist of Guns N’ Roses, replacing Izzy Stradlin in 1991 during the Use Your Illusion Tour.

Following his departure from the group, Clarke went on to forge a solo career as well playing guitar with Slash’s Snakepit, Kat Men, Heart, Nancy Sinatra, Kathy Valentine (of the Go-Go’s), MC5 and forming his own group Rock Star Supernova with members of Metallica and Mötley Crüe.

After the Guns N’ Roses whirlwind ended which made Gilby a household name, he kicked off 1994 with the critically gushed over Pawnshop Guitars (included the four-on-the-floor rock radio hits “Cure Me…Or Kill Me” and “Tijuana Jail”), followed by ’97’s The Hangover (two cuts can be heard in the Bruce Willis vehicle The Story of Us), ’98’s Rubber, ’99’s 99 Live, and 2002’s Swag.

In the meantime, the guitarist began sharpening his studio skills in his own Redrum recording facility. He’s produced many, including LA Guns, Beat Angels and the aforementioned Rolling Stone Best New Artist pick The Bronx.

For kicks, Clarke launched a couple of jam nights in LA.

In 2003 Gilby joined Heart for their national tour and TV appearances. He oversaw much of Nancy Sinatra’s California Girl record, and played guitar in her touring band.

When Clarke’s not touring or tweaking rock ’n’ roll racket in his studio you might find him nosing around motorcycle and classic car shows. Then it’s not surprising that Clarke gets respect from the biker contingent.

And well he should, the man knows his Harleys. He’s been spotted on them everywhere, from the grimy backstreets of Hollywood to the cover of Hot Bike Magazine. In fact, Clarke mounted his Fat Boy and rode 3,000 miles to the ’04 Sturgis Motorcycle Rally where he gigged with Heart at the Buffalo Chip Campgrounds.

In 2006 Gilby starred on CBS’s Rockstar:Supernova. Gilby, Tommy Lee and Jason Newstead started a new band and used the television show to pick a singer.

They released a record for Epic and launched a world tour the following year. Gilby also played guitar for the VH1 Rock Honors tribute to Kiss with his new bandmate Tommy.

You can find him slinging guitar and doing his Lennonesque vocal thing in the Blues Mafia, The Starfuckers and on occasional solo dates around the globe.

He’s also one of the sweetest gents you could ever hope to meet. He’s a guitar hero, certainly, but also a gentlemanly student of rock ’n’ roll.

The CEO of Golden Robot Records Mark Alexander-Erber started talking to Gilby about his new collection of songs (and motorcycles and cars) back in late 2016.

They have kept in touch and kept a constant eye on each other’s growth, waiting for the right time to join forces to get the world ready for another killer Gilby Clarke record.

2021 will see the release of Gilby’s first album ‘The Gospel Truth’ in many years and from what we have heard it will turn the rock world upside down.

Our CEO was one of the lucky few to listen to the new album in September 2019 at Gilby’s home studio in LA, and from all accounts this is exactly the album the rock world needs. True and authentic, it will blow everyone away.

GRR and Gilby are a force to be reckoned with. Sit down, shut up and strap yourself in. This is going to be huge! The full album “The Gospel Truth” is now available for pre-order on all your streaming platforms.

New album ‘The Gospel Truth’ out NOW! CD from the GRR store and Digital on all platforms. 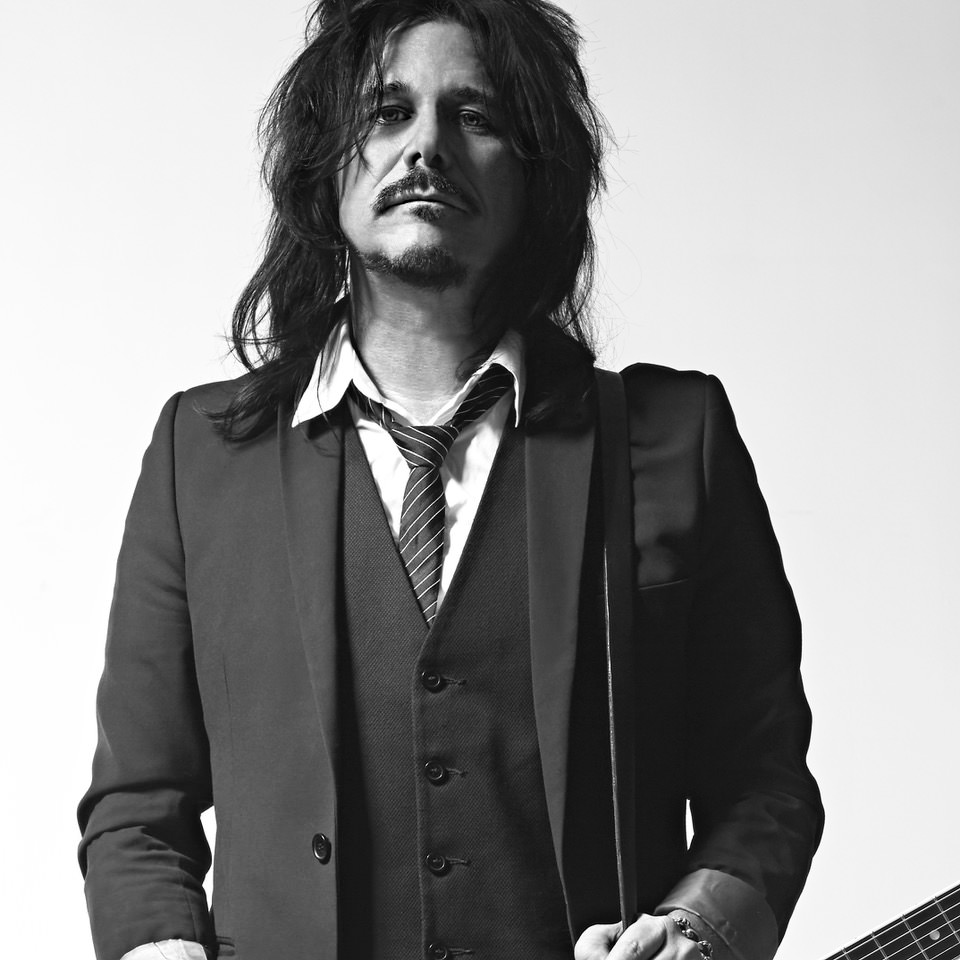