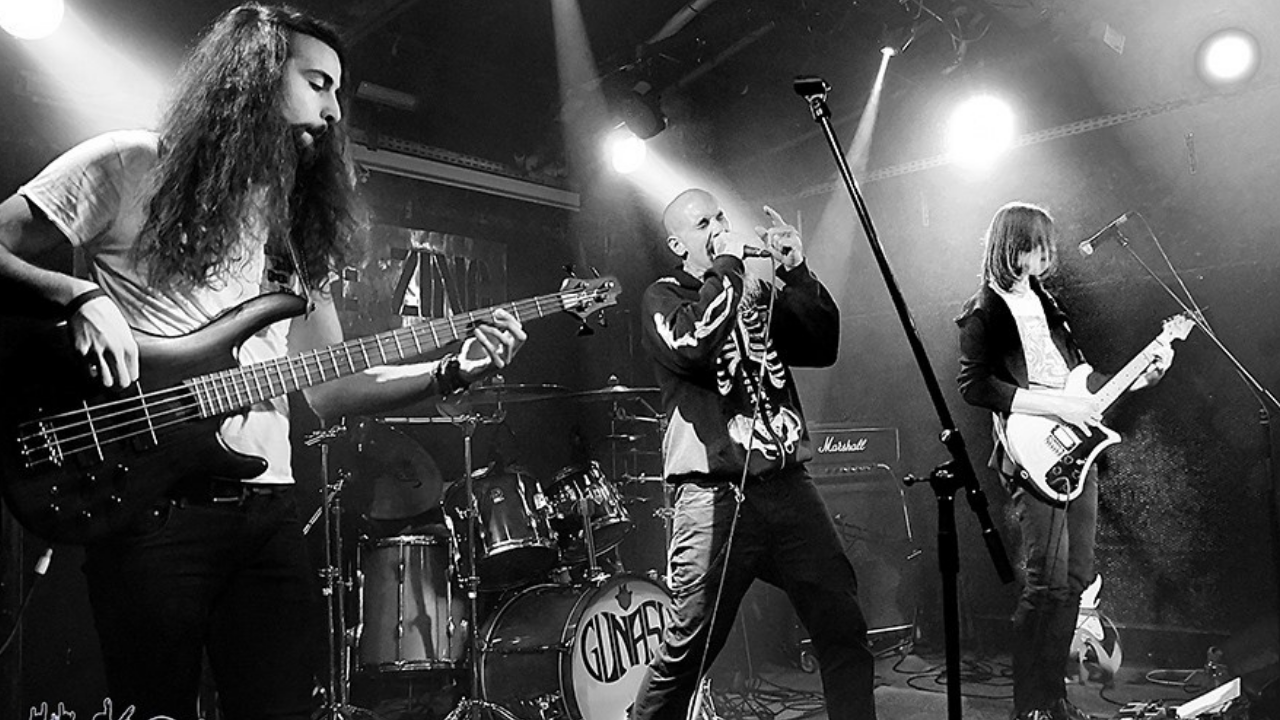 GUNASH was born in 2003 from an idea by singer/guitarist Ivano L. Zorgniotti alias “Zor” and drummer/percussionist Danilo Abaldo alias “Pannico” as a cover band with different name and staff, little by little it tended towards an Alternative Rock influenced by grunge, stoner, punk, metal and prog (Nirvana, Soundgarden, Queen Of The Stone Age, Faith No More, Foo Fighters, King Crimson, etc…) and inspired by Seattle Sound in their musical compositions and styles.

At the end of 2005, Gunash published a homonymous album for the Italian Label New LM Records (Crotalo Edizioni Musicali) from Ravenna, which is followed by an activity of Live concerts and composing new original songs.

Since 2008 the line-up has been consisted of singer/guitarist Ivano L. Zorgniotti alias “Zor”, who busies himself with figurative art too, of solid bassist Mauro Ippolito alias “Marlo” and of drummer/percussionist Danilo Abaldo alias “Pannico”. Occasionally, violoncellist Marco Allocco, experienced musician who played in the Pavarotti’s Orchestra, joins it.

In 2012 Gunash come again in Studio for the production of the second album, titled

“Same Old Nightmare”, a concept album with 12 original songs and with the extraordinary contribution of the American musician RAMI JAFFEE, keyboardist of Foo Fighters, founder with Jacob Dylan of The Wallflowers and involved in recording projects winners of several Grammy Awards.Rami recorded at his Fonogenic Studio in Los Angeles and his colorful Hammond B3 has enriched the sound of Gunash.

In 2014 the album “Same Old Nightmare” is published and distributed by the prestigious independent Record Label Go Down Recordsand then the Gunash begin the promotional tour “Same Old Nightmare Tour,” during which the Gunash participate in numerous Festivals, including the “Home Festival” in Treviso (Italy), along with international artists in the line-up.

The album starts playing on European Radios, but also on American College Radios, thanks to the collaboration of the band with the Planetary Group from Los Angeles  and in n 2015 Gunash continue “Same Old Nightmare Tour” with several concerts in Italy, Spain, France, Switzerland and the United States, and a mention for the Show like headliner at the legendary Whisky a Go Go in Los Angeles.During the American Tour Gunash record 3 singles for the third album with the featuring of Rami Jaffee, at the Fonogenic Studios in Los Angeles and they release the video for the single “Need To Bleed”, video recorded during the Whisky a Go Go show in Los Angeles with the collaboration of the famous Californian photo agency TourBusLive.

In 2016 the band finished the recording of the third album “Great Expectations” at the Go Down Records Studio in Savignano sul Rubicone (FC - Italy) with Rami Jaffee like keyboardist, but also like Artistic Producer.

The third album is released for Go Down Records the 1st April 2017.During the August 2016 Gunash published with Go Down Records the EP “SuperHeroes In Town”, which contains the 3 singles recorded in Los Angeles, at the Fonogenic Studios of Rami Jaffee and Ran Pink, then Gunash and Rami played some shows in Italy.

Meanwhile, after months of work and with the involvement of more than 80 people, the Band and Rami Jaffee realised, with the video productions label Babylon Film, The Official videoclip of the single “Death Comes”. The new videoclip is released in International Premiere the 20th February 2017.

From April 2017 the Gunash launches with the “Great Expectations Tour”, with the first release date and Release Party in the historical Mezzago (MB - Italy) Bloom Concert Hall. In ten months of Tour the band has realized 45 dates.

“Great Expectations” is greeted enthusiastically by the specialized press and major magazine and Rock websites expressing flattering judgments and excellent reviews on the quality of the new studio work with the artistic production of Rami Jaffee of Foo Fighters. The single “Death Comes” includes numerous radio passes, exceeding one million radio plays (certified data Radio Airplay Italy v2) and the Band participates in several interviews in radio music programs at national and international level.In June 2018 the Gunash and Rami Jaffee come out on the famous ROLLING STONE France magazine with the album “Great Expectations” and the videoclip of the single “Death Comes”.

The album “Great Expectations” is getting great reviews from the specialized press and numerous Radio passes (currently the single “Death Comes” almost 1,000,000 of Radio plays) and some North Italy’s Fans founded the Gunash Fan Club which currently has more than 500 members.In July 2018 Gunash began the collaboration with the new bass player Luca Negro (Temperance, Even Flow, Rockin’1000), a musician of great experience and professionalism, who goes on to define the new line-up in the Gunash Power Trio.In the summer of 2018 the Gunash made the “Great Expectations Electro-Acoustic Summer Tour” and on August 6th 2018 they played in Treviso (Italy) with the legendary bassist NICK OLIVERI (Queen of the Stone Age, Kyuss, Mondo Generator), for his “Death Acoustic Summer Tour”, with the collaboration of the Heavy Psych Sounds Records.

After the success of the album and of the tour, the Band decided to continue the “Great Expectations Tour”, after more than 80 shows in the last two years and in the 2019 Gunash played w/ JOHN CORABI (Motley Crue, The Dead Daises) and toured in Italy with the American musician from Los Angeles, legend of the rock/folk music, JONNY KAPLAN and with Rami Jaffee of Foo Fighters too. In 2020 Gunash continue their Shows and their collaboration with NICK OLIVERI. In February on the same year they share the stage with Nick’s band Mondo Generator at the historic live club “Brin de Zinc” in Barberaz (France). During the show, Gunash and Nick Oliveri present an exclusive Live preview of the single from the new album with Nick.

Currently the Gunash are working on the production of the fourth album, which will always be recorded with the collaboration of Rami Jaffee of Foo Fighters and Nick Oliveri. For the new album the Band has signed with the prestigious first class independent Record Label Golden Robot Records (GRR Entertainment Group) and always with the support of Go Down Records, in order to create a successful international cooperation.

The band’s name is a pun between Ganesh (the Indian divinity with elephant head, god of knowledge and patron of letters and arts), Gunas, that are the four phases of the transforming matter for the Indian Alchemy and the fusion of the English words Gun and Ash; after all, a mix of spirituality and esotericism with the gloomy contradiction given by the two Anglo-Saxon terms, as to intend to show that every concept implies its opposite. 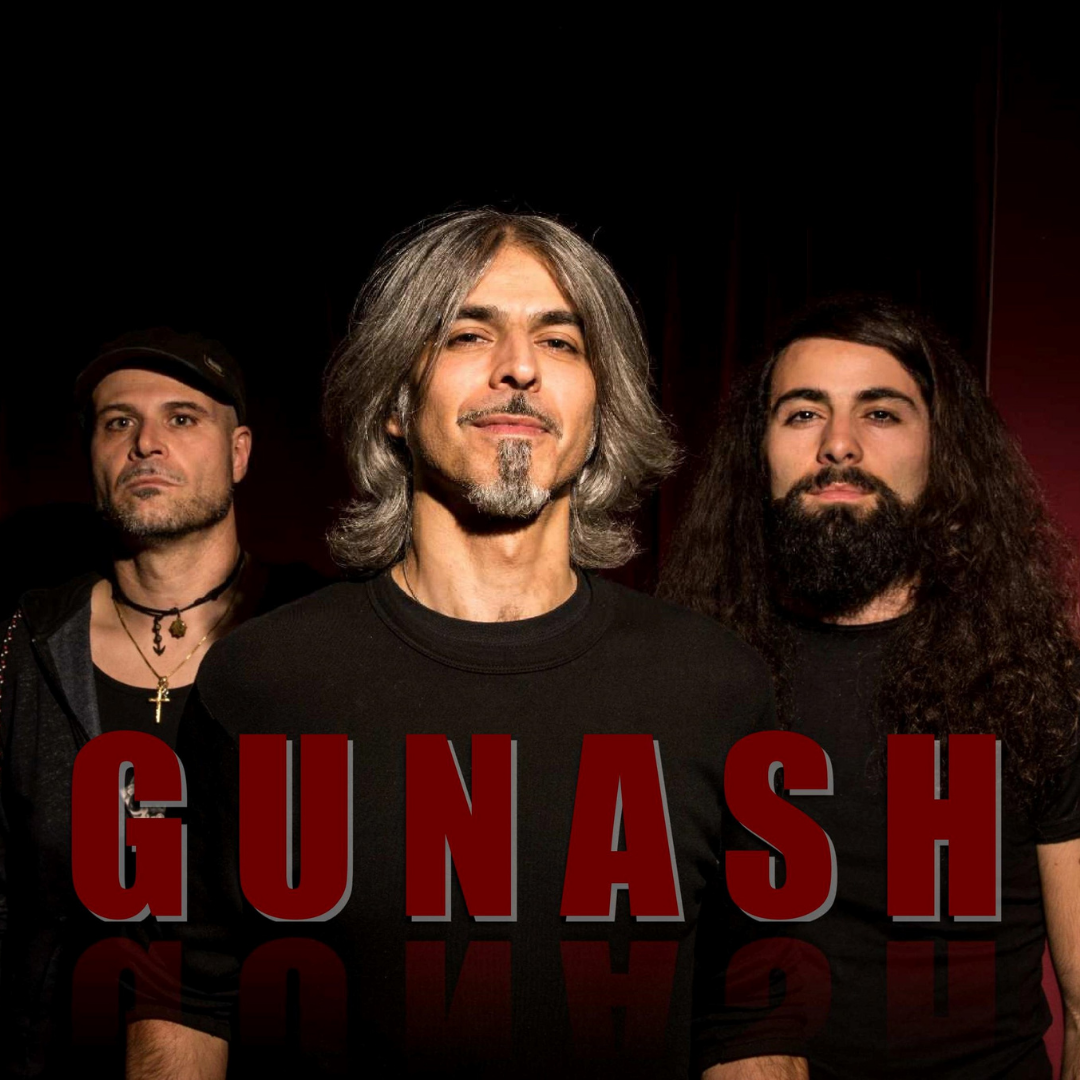 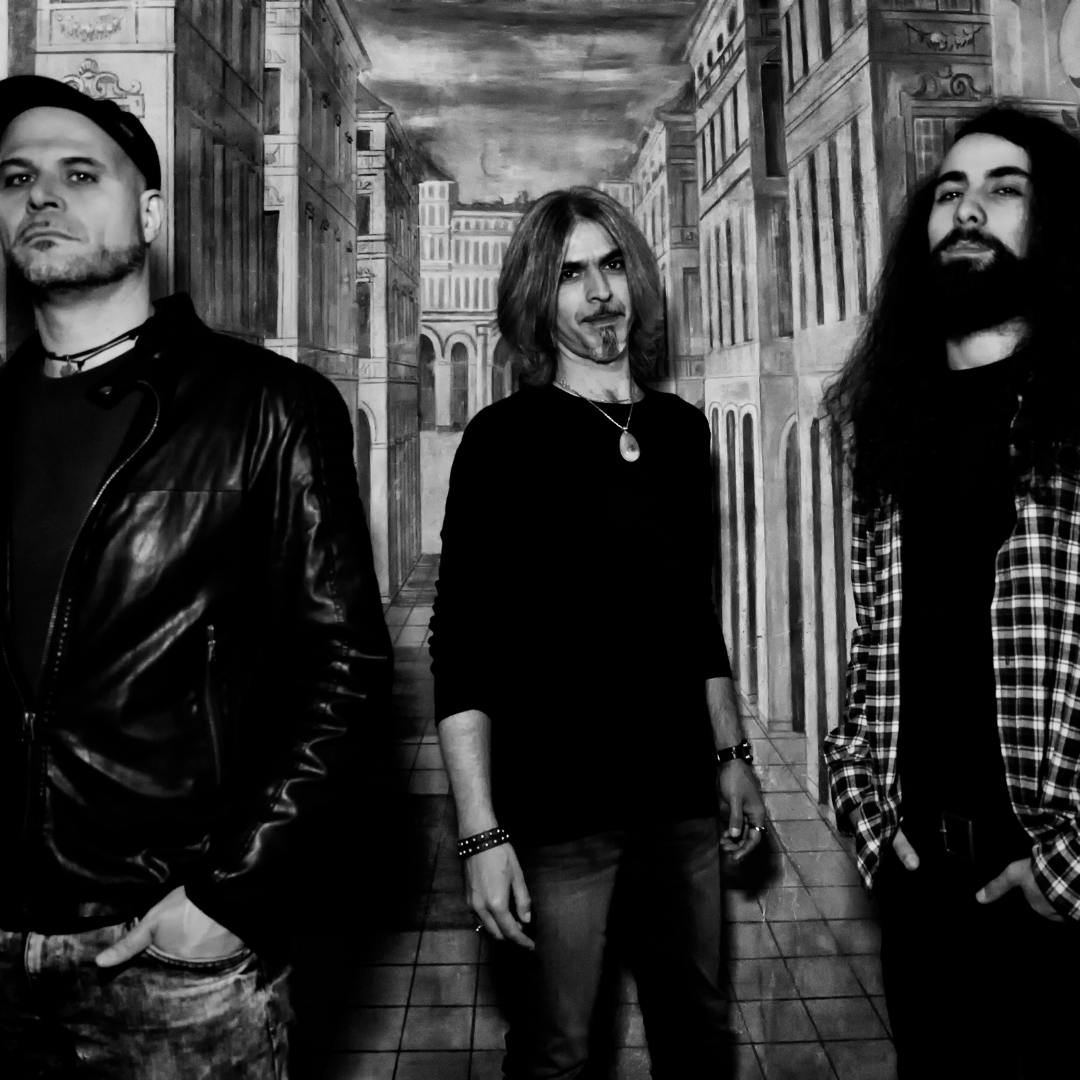 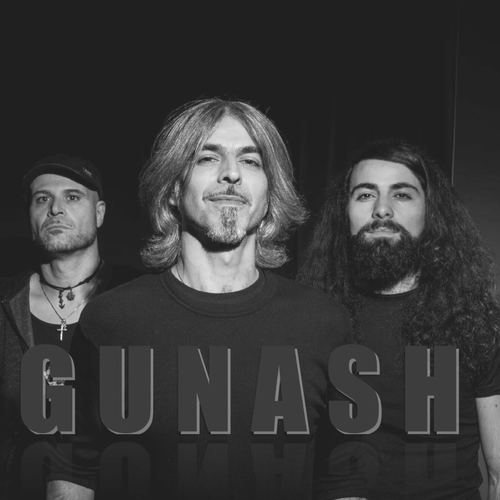 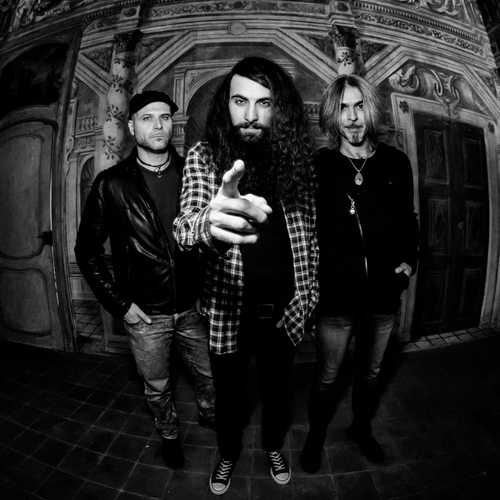