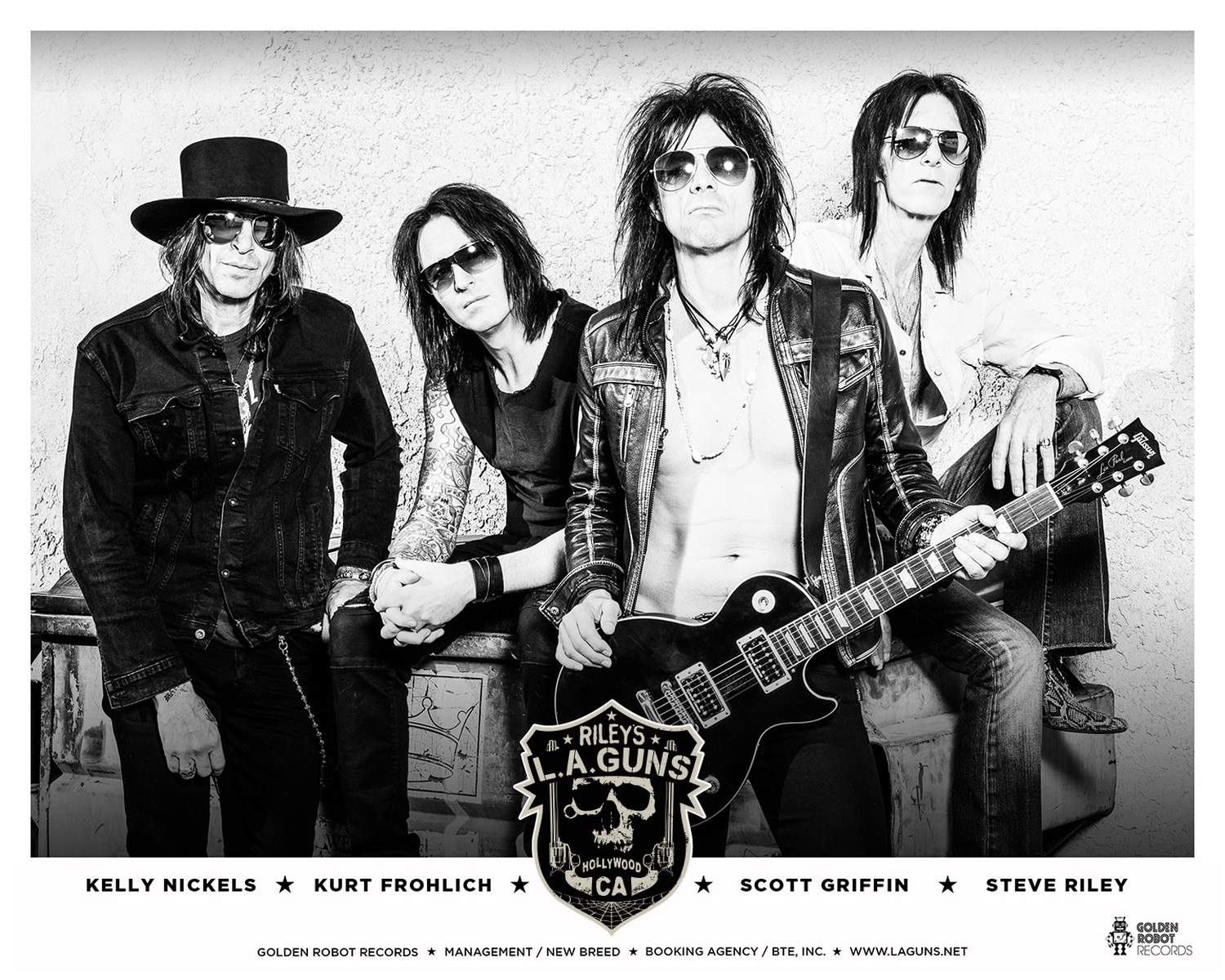 L.A. Guns got their start on Los Angeles’ Sunset Strip. The band was formed in 1986 and signed with Polygram Records in 1987, recording their first album that summer. This first album, titled L.A. Guns went on to sell over 1,000,000 copies giving the band its first platinum award. Tours with AC/DC, Iron Maiden and Def Leppard followed.

L.A. Guns went into the studio to record their second album, Cocked and Loaded in the spring of 1989. It was a hit right away with the release of “Rip and Tear” as the first single and video. ”Never Enough” and “The Ballad of Jayne” followed, pushing the album toward platinum status once again. A successful world tour followed.

The band’s third album, Hollywood Vampires was recorded in the fall of 1990. With the release of “Kiss My Love Goodbye” as the first single and video, and another successful world tour, the album gave L.A. Guns its third platinum in a row.

The band went back into the studio in 1994 to start work on their next album Vicious Circle. Between 1996 and 1999, the band’s members branched out recording and working on outside projects. In late 1999, L.A. Guns went into the studio to record a greatest hits package titled Black Beauties that also included five new songs written for the album.

The band toured with Poison, Ratt, and others throughout the summer of 2000.

In 2001, the band released its sixth studio album, Man in the Moon. The band also changed bass guitarists with Adam Hamilton joining the band. A successful world tour followed. L.A. Guns entered the studio for their seventh album in early 2002 with veteran producer Andy Johns, who had worked with the likes of Led Zeppelin and Van Halen to record Waking the Dead.

The album was released in late 2002 and garnered L.A. Guns some of the best reviews the band had ever received.

When the US tour to support Waking the Dead ended, Tracii announced that he was “officially” leaving L.A. Guns. The band went into the studio in January of 2004 to record Rips the Covers Off with producer Andy Johns. This was a collection of 70’s rock songs. Once again, the band went on a full world tour to support the new CD…

In May of 2005, L.A. Guns began work on Tales from the Strip with Andy Johns again producing. L.A. Guns hooked up with WASP for an early summer through September tour. In early 2006, L.A. Guns did some local L.A. shows and recorded them for a new live CD. This new live CD, Loud and Dangerous was released late August 2006 with the band again supporting it with a world tour.

In Early 2007 long time Bassist Adam Hamilton decided to do song writing and producing full time. The guys acquired Hollywood veteran Scotty Griffin, but in Mid 2009 Griffin left the band to do a residency in Las Vegas. Kenny Kweens from Beautiful Creatures quickly came aboard as the new bass guitarist. 2011 sparked the triumphant return of Scotty Griffin on Bass.

The band released their tenth studio album Hollywood Forever in June 2012. The album was produced once again by veteran music producer, Andy Johns.

The new record debuted at #25 on the Billboard Rock charts with the title track “Hollywood Forever”, and it was considered one of the best Hard Rock albums of 2012 by fans and critics alike, proving once again that L.A. Guns were on top of their game with additional tracks “You Better Not Love Me” and “Sweet Mystery”.

In December 2012, guitarist Stacey Blades announced his departure after serving the band for almost ten years, to follow a different musical direction. In January 2013, the talented guitarist Michael Grant - frontman of his own band, Endeverafter -crossed paths with singer Phil Lewis. His dynamic performance complimented Guns’ raw rock n’ roll energy, and he hit the ground running as the new lead guitarist.

In September of 2014, Kenny Kweens replaced Scotty Griffin as the band’s bassist.

After some time down and a few personnel changes , the band has been reborn as Riley’s LA Guns with the return of original member Kelly Nickels on bass, Steve Riley who had been the most consistent member throughout the years still on drums, Scotty Griffin on guitar and Kurt Frohlich on lead singer and singed a multi album deal with International independent powerhouse rock label Golden Robot Records and released their debut album as Riley’s LA Guns Renegades to critical acclaim.

Now with more than 30 years’ worth of noteworthy material , platinum sales, world tours and controversy, the band have proved to be true warriors of the 80’s hard rock genre and are geared to tear it up across the world giving audiences the high octane Rock-n-Roll that is Riley’s L.A. Guns.

2022 will be the first new single ‘Overdrive’ from their forthcoming albumThe Dark Horse out on Golden Robot Records in 2023. 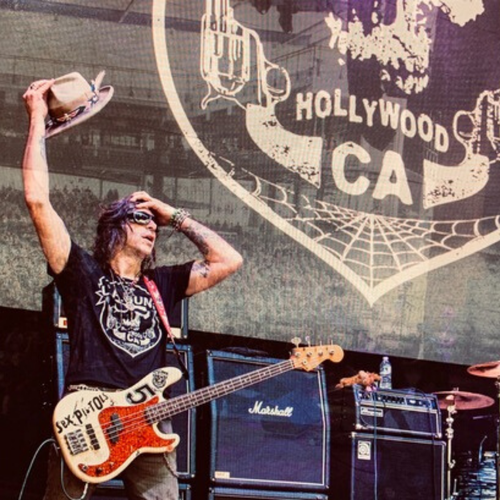 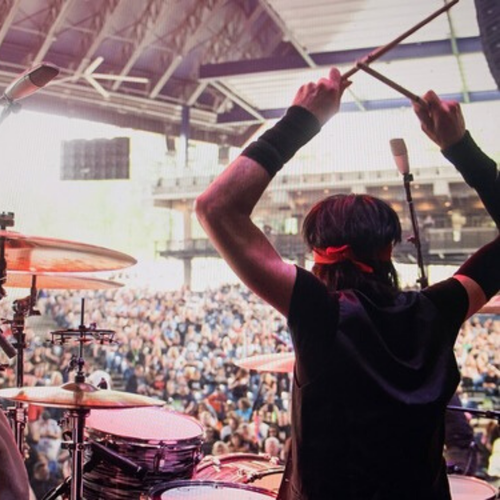 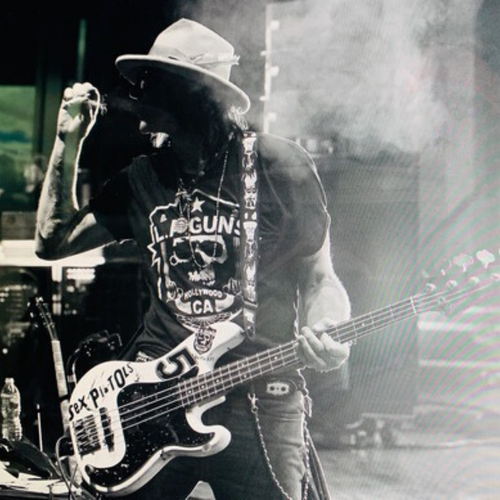